Of the nearly 330 million people living in the United States today, more than 18 percent are of Hispanic descent.[1] With this percentage expected to increase to 28 percent by 2060, Hispanics are one of the fastest growing minority populations in the United States.[2] By 2060, Latinas specifically will represent more than one-third of the U.S. female population, are also the fastest growing sector of the entrepreneurial market, and, for the majority of Hispanic households, they are the primary financial decision makers.[3]

Despite the many competitive advantages Latinas’ knowledge, background, and expertise could bring to Corporate America, they continue to remain underrepresented. In fact, Latinas account for less than two percent of executives and hold less than three percent of all corporate board seats.[4] What’s more, when compared to white men, Latinas experience a pay gap of 46 percent, earning just 54 cents for every dollar that white men earned in 2018.[5] So not only are Latinas under-represented at the highest levels of Corporate America, they are also placed at a significant economic disadvantage as compared to their peers. The consequences of Latina underrepresentation aren’t isolated – they have detrimental consequences on the long-term economic growth of Corporate America as well.

With this in mind, the Hispanic Association on Corporate Responsibility (HACR) is proud to announce the release of the 2020 HACR Empow(h)er™: Understanding Workplace Barriers for Latinas report. This initiative aims to provide further understanding of the obstacles that Latinas face to career progression and to increasing the representation of Latinas throughout Corporate America. In this report, the HACR Research Institute (HRI) takes an in-depth look at the day-to-day experiences of Latinas in the workplace and makes recommendations as to what Latinas can do to advance their careers and ensure they are well represented throughout the professional pipeline.

This report is the culmination of research conducted over a five-month period with over 500 professionals throughout Corporate America. Throughout the report, we focus on the experiences and perceptions of the women who participated in the study to better understand how these women view their opportunities within the companies in which they work. While all Latinas do not have the same experiences and while all companies have a different culture, the data shared throughout the report provides a good starting point for helping Corporate America to understand why some individuals have been able to achieve “success,” broadly defined, while others feel their opportunities have been stifled.

Having a fulfilling and successful career, where one feels hopeful and optimistic about their prospects for advancement and growth, is what most professionals desire. Of the 580 people who participated in the survey, only 46 percent felt their career prospects were very or extremely promising.

Opportunities for growth are a major motivator for employees, regardless of their profession or industry. When people don’t feel like they have those opportunities, they are more likely to leave, opting for a place where they feel they are likely to have better prospects for advancement and development. This causes a loss of talent for companies that fail to create environments and programs that don’t limit or stifle their employees’ growth. 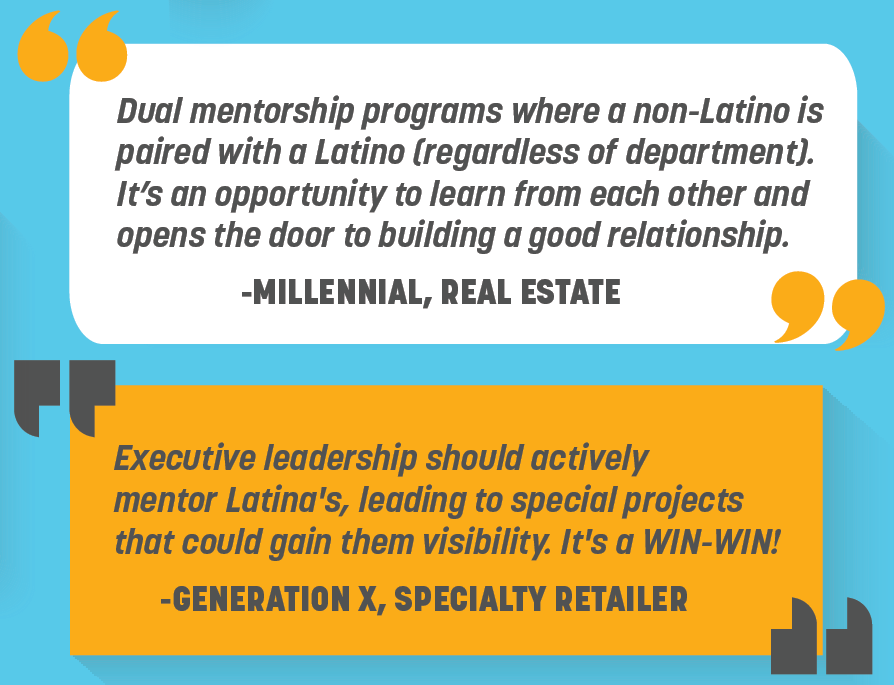 What’s more, 48 percent of survey participants did not take part in the structured mentoring program at their respective companies, with 22 percent saying they didn’t participate because it’s not offered at their level. Access to mentorship programs are crucial for helping women and people of color to advance through the ranks of Corporate America. Structured mentorship and sponsorship programs provide Latinas with a chance to increase their visibility to key decision makers, thereby furthering their access to other resources and programs helpful to career advancement.

Lack of opportunities for growth and lack of access to career resources perceived to be helpful to career advancement are two major factors as to why 64 percent of our survey participants felt that Latinos face challenges in being promoted at their companies. Additionally, 60 percent indicated that Latinas in particular face challenges in being promoted, with stereotypes and biases also being a major contributing factor to their lack of representation.

When combined, negative perceptions about Latinas and a lack of access to career resources work to make Latinas one of the most underrepresented and underpaid groups in Corporate America. Through this report, the HRI ultimately sought to understand the experiences of Latinas in the workplace in order to make informed recommendations to empower Latinas to advance their careers. To learn more about our findings and recommendations, download the Empow(h)er™: Understanding Workplace Barriers for Latinas report. 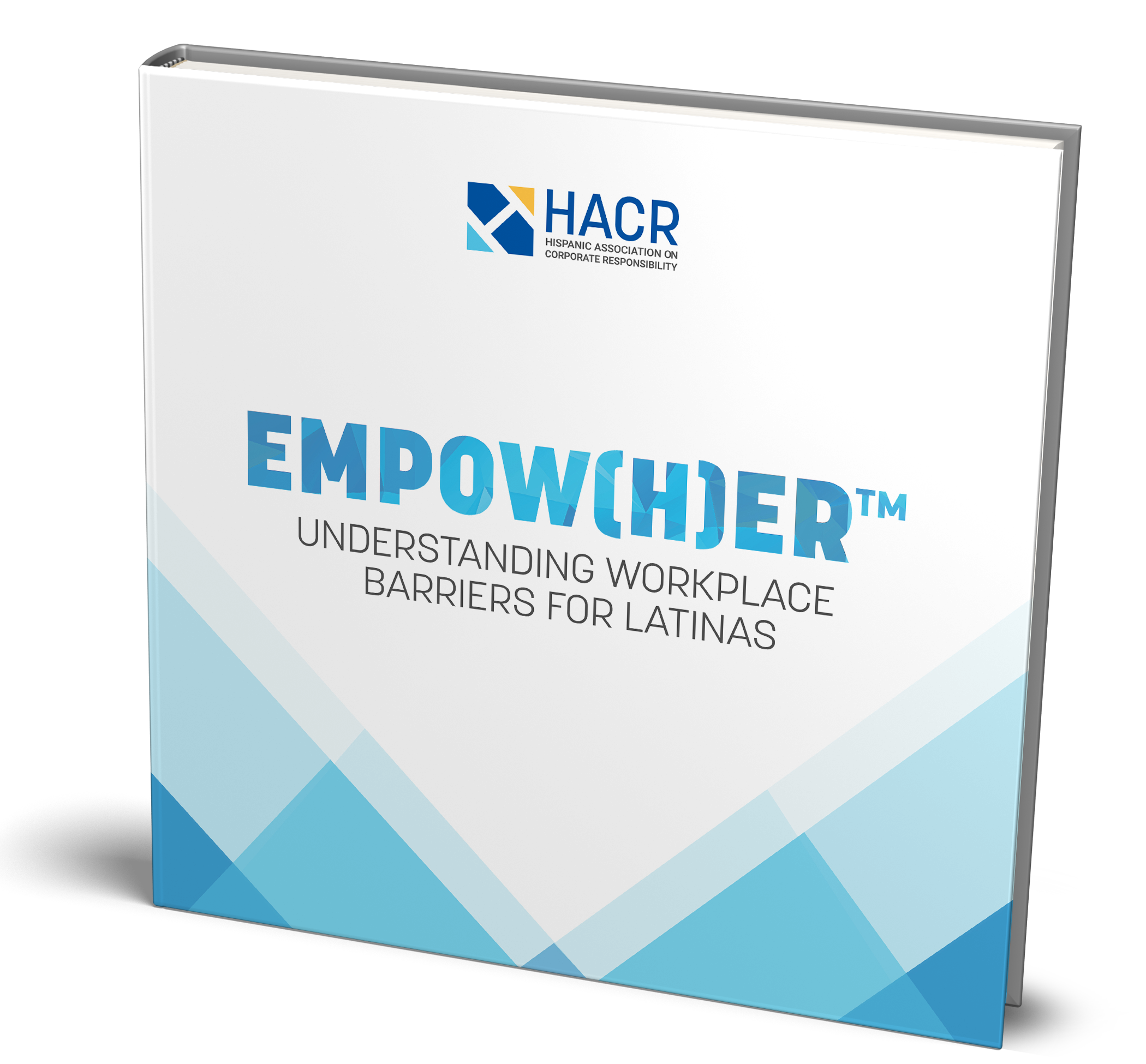 Download a copy of the Empow(h)er™: Understanding Workplace Barriers for Latinas report here.